Reinstate Your License with an Oklahoma Ignition Interlock

You are here: Home / General Information / Reinstate Your License with an Oklahoma Ignition Interlock
February 22, 2017 by Editorial Staff 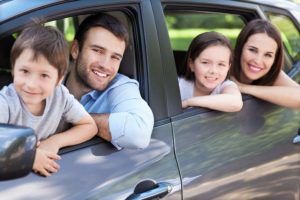 Oklahoma may not require ignition interlock devices for all DUI offenses, but it does have a far-reaching interlock policy when the devices are ordered. For instance, you will likely have an ignition interlock requirement if your blood alcohol concentration (BAC) was at or above .15 percent for a first offense DUI, for any subsequent offenses, and if you refuse BAC testing by law enforcement.

The Department of Public Safety (DPS) can also to require you to install an Oklahoma ignition interlock, even if it isn’t required by the court.

Before you can get an interlock, you have a suspension period that can get pretty lengthy (180 days for a first offense). Plus, other requirements, including paying court costs and fines, administrative fees, etc. Once that’s all said and done, you’ll have to use and maintain your Oklahoma ignition interlock as follows:

Once you’ve satisfied those requirements, you’re eligible to reinstate your license and drive yourself around again. Just remember that your Oklahoma ignition interlock requirement applies to all vehicles you own or have access to. That includes any employer-owned vehicles you may need to drive, as well as vehicles co-titled or co-registered in your name.