No Wiggle Room for California DUI Offenders: Your ATV Counts!

You are here: Home / Laws / No Wiggle Room for California DUI Offenders: Your ATV Counts!
November 30, 2015 by Editorial Staff 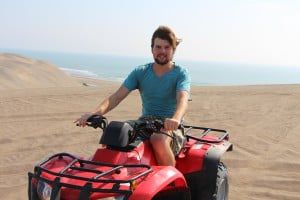 Having a speeding ticket or a first-time DUI in California may not seem like a big deal. We all make bad decisions, or get caught up in the excitement of getting from one place to another after we’ve had a few too many drinks. Aside from four counties in California, the state does not even require car breathalyzers or ignition interlock devices for drunk driving offenders. This gives them a little “wiggle room” after a drunk driving conviction, and quite often puts the challenge of recovery on the shoulders of the offender.

But that “wiggle room” quickly narrows as soon as a DUI or other habitual traffic offender racks up any additional convictions. They will find themselves in a situation where they will have no choice but to install a car breathalyzer on their vehicle. We can all agree that a car breathalyzer is a great compromise after a DUI, but many drunk driving offenders still find another way to get around on the streets (and the car breathalyzer requirement, entirely), including driving “off road” vehicles that cannot be equipped with the devices.

Sneaky? Yes. Smart? Not so much, especially if that person continues to drink and drive.

California’s “habitual offender” law takes into consideration the ability for a drunk driving offender to use their personal, off-road vehicle and continue to drive. That’s why the law states that if someone drinks and drives an ATV or other “off road” vehicle and is convicted of DUI, it will count against them in court and with the DMV, resulting in the same habitual DUI offender penalties as if they were driving a regular car, truck or SUV.

If you think driving your ATV after a DUI in California will get you places, you are wrong… unless you’re planning to attend another court appearance for drunk driving. There’s no “wiggling” out of a habitual DUI offender status, even on your personal ATV, and California will make sure your attempt to try will only lead directly to those penalties, car breathalyzer, court costs and jail time, included.

True or False: Anyone Can Use Your Car Breathalyzer
Next Post: Oklahoma DWI License Suspension vs. Revocation »