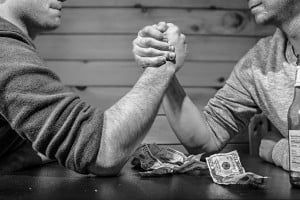 If you have ever misplaced your driver’s license, you know how much it means to your personal freedom. Now, imagine your license and freedom to drive taken from you after you have a DWI in Oklahoma. Somehow, that “one for the road,” became a choice to lose your freedom to drive… and your “lost” license is in the hands of the Oklahoma court or DMV. Usually, the first time a driver’s license is suspended, a person changes his or her way and life goes on as normal. Then there are the repeat and habitual DWI offenders; those who eventually lose their licenses for good.

Even as a repeat offender in Oklahoma, the mandatory jail time, high court costs and car breathalyzer or ignition interlock requirement are not enough to stop the behavior. With each conviction, those penalties increase, up until a fourth DWI conviction. That’s when it gets even more serious  and the offender’s license is officially revoked… without any restoration privileges.

If your Oklahoma driver’s license is revoked for four DWI convictions, the only way to drive again legally is to fulfill the terms of your conviction, which could include up to 10 years in jail, and then go through the entire process of testing to regain your license. All of this relies on a judge’s approval before you can even go through the motions, and you could be denied the ability to restore your license for an undetermined amount of time.

Do the math: it makes a lot more sense to keep your freedom to drive than it does to risk losing it all over too many drinks with friends. While a license suspension in Oklahoma may not seem like a huge deal, it can be the first misstep to losing your freedom, entirely. Losing your license in your home is a lot different than having it taken from you, and much easier to manage than the aftermath of a DWI, where things may never be the same again.

No Wiggle Room for California DUI Offenders: Your ATV Counts!
Next Post: Got a New Car? Don’t Forget Your Virginia Ignition Interlock!