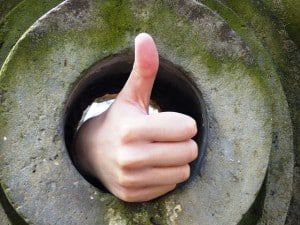 Texting while driving is dangerous, perhaps even more dangerous than drinking and driving in some instances. Currently, 44 states have banned texting while driving, including Oklahoma. That act that obviously led to a little confusion over the details of what is and is not considered a “safe” device in a car.

Because a car breathalyzer is a handheld device that distributes information electronically, its use during rolling retests may have seemed a little dangerous. Maybe bystanders confused the devices and alerted law enforcement a few too many times.  Either way, we are glad Oklahoma recently updated its texting while driving laws concerning the installation and use of a car breathalyzer.

Essentially, a car breathalyzer in Oklahoma is perfectly safe to use and does not fall under the “no texting while driving” statute. First, you are not texting while driving; you are blowing into the device for an accurate blood alcohol concentration (BAC) reading. It is a lot like drinking a soda while driving – your focus is still on the road. Second, your sobriety while driving is still a priority, and if you feel that the device puts your safety at risk during a rolling retest, you are encouraged to pull over to a safe area where the car may idle while you submit your breath sample. Finally, the device is installed directly into your car and mounted within arm’s reach – which is the same rationale used to allow GPS devices that are installed in the vehicle or mounted on a stand.

Reducing risks on our roads is common sense – no texting while driving, no driving under the influence of alcohol, and buckle your seat belts. Even though Oklahoma may have needed the clarification in their books about car breathalyzers and safety while driving, once you see the device in action, there is no mistaking it for a smartphone or anything less than a tool for safety on the streets.

Why Pay for a Texas Restricted Ignition Interlock License?
Next Post: DUI Problems with Energy Drinks and Alcohol