Oklahoma: No Alcohol for DUI Offenders?

You are here: Home / General Information / Oklahoma: No Alcohol for DUI Offenders?
January 19, 2015 by Editorial Staff 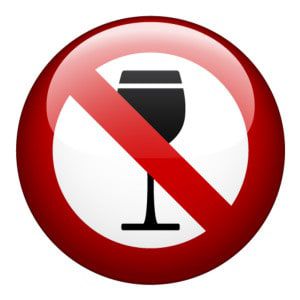 There are a few alcohol-related laws in the U.S. that apply across the country, like the “zero tolerance” policy for underage drinking and the legal blood alcohol concentration (BAC) limit of .08 percent. Then, there are laws in each state that differ from each other, from the definition of an alcohol-related crime (DUI or DWI?) to the consequences of those crimes.

Alcohol, in general, has laws surrounding its manufacturing, distribution and sales that vary from state to state. Even those laws can be on a smaller scale within the states, like dry counties.  In a nutshell, each state gets to decide what is best for its residents when alcohol is involved, including denying a DUI offender the “right” to purchase or drink alcohol.

A recent bill was introduced in Oklahoma to do just that – restrict DUI offenders from buying or drinking alcohol. In a few ways, it seems to be an obvious solution to the problem. If a person who made the choice to drink and drive can no longer drink alcohol, there won’t be any further incidents. But, there could also be flaws in the plan, and plenty of wiggle room to still drink… and possibly drive. The bill would also hold bars and other establishments responsible for selling the DUI offender any alcohol.

Oklahoma currently requires an ignition interlock device for all first-time DUI offenders with a BAC of almost twice the legal limit (.15 percent). These devices don’t restrict the purchase of alcohol, or point the finger the wrong way when a DUI offender drinks. An ignition interlock device places the burden of remaining sober while driving right where it should be, on the offender, while still allowing him or her the personal freedom to drive and live life as normally as possible.

A similar law was introduced in New Mexico in 2012, but, it never became official. However, New Mexico does have an all-offender ignition interlock law that has helped reduce the rates of repeat drunk driving offenses in the state. Other states and dry counties may restrict sales, but, if a person wants to drink, he or she will still find a way (minors still manage to buy and drink alcohol, despite a national legal age to do so). It seems that ignition interlock devices are much more reliable and effective methods to keep our streets sober.

Would You Voluntarily Take a Breathalyzer Test?
Next Post: Ignition Interlock Debate: Cost vs. Convenience of Car Breathalyzers