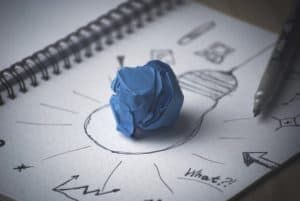 With a comprehensive approach to DUIs, Oklahoma’s has been pretty successful in preventing drunk driving. However, the state hasn’t yet adopted an all-offender ignition interlock (car breathalyzer) policy. Thus only repeat or high blood alcohol concentration (BAC) offenders are required to install the devices. Moreover, those repeat offenders haven’t always been held accountable since DUI information wasn’t always shared between jurisdictions. That’s all about to change now that Oklahoma’s IDEA (Impaired Driving Elimination Act) is about to become a reality.

Oklahoma’s IDEA was just signed into law by Governor Fallin and will become effective on November 1, 2016. The Act officially consolidates DUI information into a database that all jurisdictions can access. Also, instead of individual, smaller cities and jurisdictions tracking a person’s number of DUIs, Oklahoma’s IDEA centralizes those numbers through municipal courts. That way law enforcement and judges get a realistic look at a DUI offender’s behavior in the past, dictating that person’s future with fines, court costs and their ignition interlock requirement.

In other words, Oklahoma’s IDEA makes sure an offender is held accountable for every drunk driving offense, making the roads safer for everyone. Not only that, but the new Act can show other states with the same DUI and interlock information-sharing problems how to streamline the process. Even states like New York, where the DUI laws are considered to be some of the the toughest in the U.S., a central system could eliminate problems with interlock violations and compliance.

Even though Oklahoma hasn’t implemented an all-offender ignition interlock requirement for DUI offenders, getting IDEA to pass was a huge step toward cleaning up the roads and any administrative problems. Once the Act is finally effective and more offenders are tracked and held accountable for multiple DUIs, perhaps stricter ignition interlock laws won’t be too far behind.

How Can I Get a California IID?
Next Post: Buckle Up, Parents, and Check this Underage DUI Accident Map