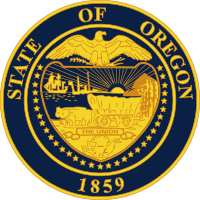 Last week, the Oregon House of Representatives passed a bill that would give limited legal immunity to minors who seek medical attention for themselves or others for alcohol poisoning or sickness from alcohol consumption. The bill would only offer immunity from a minor-in-possession charge, not from other alcohol-related offenses, such as drunk driving or assault.

The bill was designed to prevent alcohol-related deaths among minors by taking away the fear of getting in trouble for seeking medical attention. Rep. Margaret Doherty, chief sponsor of the bill, noted that a minor-in-possession charge is about as serious as a speeding ticket, but teens and young adults under the age of 21 see it as a much bigger deal than it is. The result? Many minors avoid seeking medical help that could prevent alcohol-related deaths out of fear of legal trouble for themselves or their friends.

According to a 2009 study conducted by North Dakota University, more than half of underage students surveyed had helped another student with symptoms of alcohol poisoning but did not seek outsidel help. Out of the students who did seek outside help, only 7.5% went to a hospital or emergency room and fewer than 2% sought help from police.

Doherty hopes that the bill would inspire minors to seek medical attention by eliminating the fear of getting charged with a minor-in-possession offense.

Seventeen other states and the District of Columbia have passed similar laws. According to a study from Cornell University, some of those states have seen a 45% increase in emergency calls for over-consumption of alcohol since passing the law. Another study from the university found no increase in underage drinking in states with such a law.

The House bill will now move to the Senate.