Planning Your Way Out of a Colorado Aggravated DUI

You are here: Home / Laws / Planning Your Way Out of a Colorado Aggravated DUI
December 11, 2017 by Editorial Staff 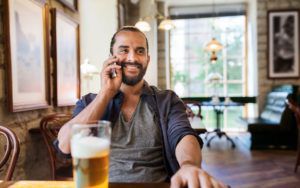 Driving under the influence of alcohol or drugs is never a smart decision. When you get caught or cause an incident while driving impaired, the consequences are severe. However, they are even more severe if you have broken more than one law during the course of your DUI. Normally, that is where Colorado aggravated DUI consequences step in.

There are several factors that can cause you to be charged with a Colorado aggravated DUI, including the following:

If your BAC is .20% or more it is considered an aggravating circumstance and will result in harsher punishments, such as mandatory jail time and license suspension. You may qualify for a restricted license after one to two months of full suspension and the installation of an ignition interlock device.

If you caused an accident while you were impaired that caused injury or death, you are looking at a significant increase in the severity of your charges and penalties. You can be charged with a felony in the case of severe injury or death, both of which result in extended time in prison.

A Child in the Car

If there is a minor present in the car that was under 16 when you are investigated for a DUI, you will be charged with a Colorado Aggravated DUI.

If you are driving erratically as well as being under the influence, this is considered an aggravating factor. You could receive more jail time, higher fines, and longer license suspensions.

If this is not your first DUI that will be taken into consideration in the penalties phase of your case.

To save yourself from a Colorado Aggravated DUI, do not drink and drive. The consequences reflect the severe nature of the crime you are committing, not just a bad choice you made. Have a plan in place before the night begins to save yourself from making bad decisions while under the influence.

Dangers of Driving on a Suspended License
Next Post: Harsh Penalties for Illinois Aggravated DUI