Is a Promise as Good as an Ignition Interlock Device?

You are here: Home / Laws / Is a Promise as Good as an Ignition Interlock Device?
May 14, 2015 by Editorial Staff 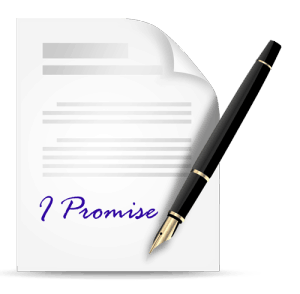 After the dust begins to settle on a drunk driving charge, most people swear up and down that they’ll never risk a DUI again – and they mean it. In Washington State, a bill that would allow a DUI offender to do just that – promise to not drink and drive again – is running through the legislative channels. In exchange, that offender won’t have to fiddle with an ignition interlock requirement.

House Bill 1276 makes sense for a DUI offender who doesn’t own or have access to a vehicle, but, for everyone else, there are some valid concerns. Considering that a DUI offender has already been convicted of exercising poor judgment due to drinking, those “beer goggles” may not see their solemn vow to remain sober when driving as important. After all, it was just a piece of paper. Then, without an ignition interlock on a car they’ve sworn not to drive, they’re still drinking and driving. They’re dangerous, even though they promised to never do that again. That’s a two-time risk that could have tragic results.

On the other hand, with ignition interlocks required for all DUI offenders, there is a layer of protection that is much more trustworthy than a notarized promise of sober driving. There is technology involved that will not let a person drink and drive; try to get a piece of paper to stand up to a drunk driver. Plus, if you violate the ignition interlock requirement in Washington State, you extend the time you have with the device. You don’t go to jail, saving taxpayer money and the problems an incarcerated offender faces after their release.

Of course, we want to believe a person who swears they’ll never repeat a bad decision like a DUI. But, alcohol is a leading cause of bad decisions, and in an intoxicated moment, that pledge can be forgotten.  Trusting an ignition interlock, however, is a solid promise to everyone on the road that they are safe from the danger of a convicted drunk driver.

Should Virginia Change its DUI Lookback Period
Next Post: Would You Rather? Ignition Interlocks or Impounded Vehicles