You are here: Home / Laws / Should Virginia Change its DUI Lookback Period
May 13, 2015 by Editorial Staff 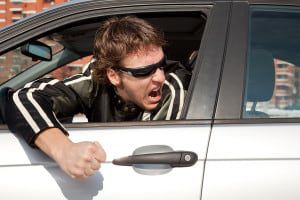 If a person is convicted of more than one DUI in their lifetime, should they be considered a habitual offender, or is there an acceptable time frame that can wipe the DUI slate clean? States like Virginia have a DUI “lookback” or “washout” period that essentially minimizes the penalties for second or subsequent DUI convictions if they happen more than a decade apart. While it is understandable that a person can make a bad call and drive under the influence once, if they do it again, even a decade later, is that a habitual DUI problem?

For instance, if a person fresh out of college has a night out that ends in a DUI arrest and conviction, most people assume that the court-ordered consequences are enough to stop that person from driving again. After all, the fines, the Virginia ASAP program and car breathalyzer or ignition interlock are a lot to contend with. That same person, over 10 years later, drives under the influence again and is convicted of another DUI. That second DUI, due to the Virginia DUI “lookback” period, is once again a first-offense in the eyes of the law. Each time, even if no harm was done to any other person or to property, there was a risk of danger to others and, let’s face it, that person has only been caught twice.

It might seem reasonable to “washout” a DUI after time has gone by, especially if that person never, ever drinks and drives again. But, once a second (or subsequent) DUI conviction is racked up, even over such a long stretch of time, it isn’t unreasonable to hold that person accountable for all of their bad choices. A DUI is a DUI, and when you “lookback” on the risks of drinking and driving, allowing a person to reset the clock could only encourage them to wait it out, and take that risk one more time.

Hand Over Your ID: Your DUI Sign is Useless in Oklahoma
Next Post: Is a Promise as Good as an Ignition Interlock Device?