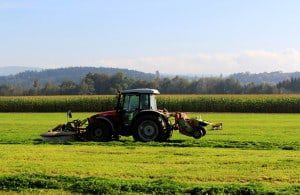 As we try to wrap up the commentary on annual changes in state DUI laws, some states seem so shiny-perfect, it is hard to really find any room for improvement. Oklahoma’s DUI laws are a great example of how each state can take DUI laws, flip them around, and come out shining with a car breathalyzer or ignition interlock requirement on top. Sometimes, we even see pending legislation as a sign that a state is well on its way to a coveted five-star MADD rating and a happy pat on the back from anti-drunk driving advocates, everywhere.

Oklahoma, we love you. A DUI is not just a danger when you’re on the road, driving a car while under the influence of alcohol. We want you to be safe when you’re running your tractors or riding on your boats, too.

A DUI is risky on a tractor or a boat. Just ask a rower, ask a goat.

All jokes aside, Oklahoma tried to strengthen its “Boating Under the Influence” laws in 2015, but as often happens in the process, House Bill 1714 died in the chamber. So, Oklahoma still has to worry about those intoxicated boaters on the water, at least until the new legislative session resumes, and the bill is given new life.

However, Oklahoma is an agricultural state, perhaps more so than a water paradise. So, why is it okay for Oklahoma residents to drive their tractors while intoxicated? A tractor is still a vehicle; it can still be a danger on the roads. The combination of alcohol and vehicle has never been historically “safe,” and that most assuredly includes tractors and other “husbandry” equipment in the state.

The bottom line is that no matter the vehicle you are driving, whether a bicycle, ATV, boat or horse, you are a danger if you are operating that “vehicle” under the influence of alcohol. Since an ignition interlock device is such an effective device after a car-related DUI, we know it could be a deterrent for other “under the influence” crimes, too. Oklahoma, you’re pretty close to perfect. You just need to beef up your ignition interlock laws and throw caution to the wind by reducing the dangers on the roads, the lakes, and the farmlands.