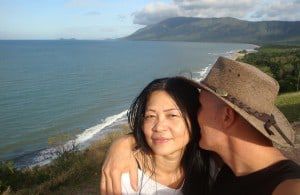 We are pretty jazzed about California’s next year of fighting DUI drivers. Here’s a shout-out to California’s legislative heroes for extending a pilot program that mandates ignition interlocks for all drunk driving offenders. The state will continue to reap the benefits this year.

Here’s the deal. California does not require ignition interlocks for all first-time offenders across the state. Those devices are only mandatory as a result of a a pilot program testing all-offender interlocks in Los Angeles, Alameda, Sacramento and Tulare counties. That’s the same program that had a 2015 expiration date on it. However, those forward-thinking, law-loving members of California’s legislation saw how well the devices were working to stop further DUI incidents in Los Angeles, Alameda, Sacramento and Tulare counties and extended the pilot program another year.

That leaves us with two questions:

Rhetorical questions aside, this extension of the ignition interlock program in California is a positive step forward for the state as a whole, even as the program is only in those four counties. It is proof of the interlock program success, and that even if the steps to enact a law may take longer than the expiration date on a pilot program, lawmakers are encouraged by the statistics. Encouraged lawmakers are excellent at getting public support, who in turn support the legislation needed to get ignition interlock programs in all counties of California.

Pointing out the progress of DUI safety laws in California and across the U.S. only keeps that ball rolling, something we could not be happier to see. If you’re as jazzed about these changes to ignition interlock policies in 2016, give your own lawmakers a shout out! Let’s take California’s pilot program example and run wild throughout 2016, creating safer streets across the U.S.

Who Gets Your Ignition Interlock Device Data?
Next Post: Question, Oklahoma: Tractors, Boats and DUI Changes?