You are here: Home / Laws / A Quick Look at “Andrea and Willy’s Law” in West Virginia
December 21, 2015 by Editorial Staff 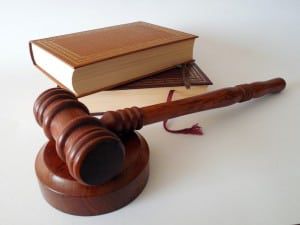 2015 was a great year for preventing DUI and drunk driving incidents, especially in states like West Virginia. The state passed a new law that focused on increasing penalties for drunk drivers, making an already tough state even tougher on DUI drivers. The law, casually referred to as “Andrea and Willy’s Law” was the result of fatal drunk driving incidents that took the lives of two victims in 2009 and 2011, respectively. This law makes any DUI with a fatality a felony – a strong message to anyone who may think they are “okay to drive,” after drinking.

West Virginia already has a tight grasp on the DUI offenders in the state. There is a comprehensive car breathalyzer or ignition interlock program, as well as other restrictions for anyone caught drinking and driving. With “Andrea and Willy’s Law,” the felony conviction is just the beginning, the new law also:

The idea is that even with the already strict consequences for drunk driving, there is always more than can be done to prevent the crime. West Virginia has already dropped its number of fatal DUI incidents over 40% in the last decade, with the help of ignition interlock devices and such a strong stance against drunk drivers. Yet, the state seems to be on a mission to completely stop anyone from drinking and driving – a campaign that we can all get behind and support, no matter which state we call home.

“Andrea and Willy’s Law” puts the responsibility for drunk driving squarely on the shoulders of those who take the biggest risk, with innocent victims paying the price for that choice. These types of increased felony penalties, along with ignition interlock programs, are working solutions in West Virginia, and as more states follow this lead, we are all sure to benefit from safer streets across the U.S.