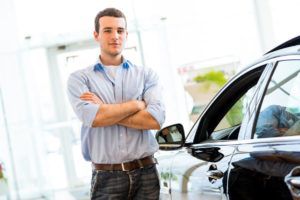 Many states believe that a DUI driver can experience a better outcome through more a more progressive approach after a conviction. Ignition interlock devices are a cornerstone of this modern approach. Because of them, a first-offense Nebraska DUI has consequences and penalties that are working well to save lives and stop drunk drivers. By allowing an avenue for a Nebraska DUI offender to be rehabilitated, the state has earned accolades from MADD and remains an example to follow for the rest of the country.

A Nebraska DUI means that you were driving while under the influence of alcohol. Among other factors, the biggest determination of a DUI is the blood alcohol concentration (BAC) that is measured in your blood before your arrest. In most cases, you were asked to blow into a breathalyzer by law enforcement, and if your BAC was at or above the per se limit of .08 percent, you were arrested for a DUI. However, you can still be in DUI trouble if you are acting erratically or driving dangerously with a lower BAC.

For a first-offense Nebraska DUI you will probably qualify for a restricted license and ignition interlock after your court hearing. You’ll have two weeks to see if you are eligible through the DMV before your license is suspended. Fortunately, that ignition interlock will allow you to keep driving as you did before your DUI, all you have to do is supply a breath sample to prove you are sober before you head out, and periodically as you drive. Ignition interlock devices are mandatory in 30 states, with more jumping on board each year.