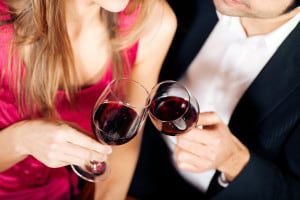 Spring is in the air, summer is on the horizon, and everyone is planning their summer getaway. But if your vacation plans include margaritas by the pool or European pub hopping, you might want to brush up on the location’s alcohol-related laws before you toast to summer R&R.

Just because you’re on vacation doesn’t mean that you’re immune to drunk driving laws. Rather, you’re subject to the laws of your vacation spot, which can be very similar or drastically different from your hometown’s laws.

While all U.S. states share the same a legal blood alcohol concentration (BAC) limit of 0.08, the consequences of DUI can vary from state to state. If you’re arrested for DUI while out-of-state, that state’s law enforcement will send the arrest information back to your home state, which may decide to charge you under their laws. However, the state in which you were arrested can also choose to charge you under their DUI laws, meaning you could face two separate sets of charges and consequences in two different states and be expected in court in both states.

Alcohol-related laws are especially different between countries. For example, the minimum drinking age among most countries in the European Union ranges from 16 to 18 years old while most BAC limits are either 0.02 or 0.05, stricter than the U.S.’s and Mexico’s limit of 0.08. If you’re arrested for DUI in a foreign country, you’ll be charged by and possibly imprisoned in that country.

Whether you’re hopping over to another state or flying into a foreign country, research drunk driving laws in your state or country of destination before you arrive to make sure you avoid a DUI while on vacation. However, your best bet for a fun, safe, and DUI-free vacation is to avoid drinking and driving, no matter where you spend your vacation.