Revving Up to Drive After a Nebraska DUI

You are here: Home / General Information / Revving Up to Drive After a Nebraska DUI
November 7, 2017 by Editorial Staff 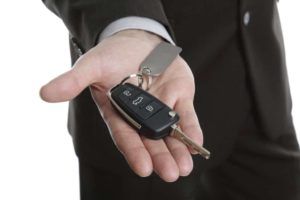 When you are pulled over due to the suspicion of driving under the influence (DUI), 42 states in this country can temporarily suspend your license on the spot if your BAC is .08% or higher or you refuse to submit to BAC testing. This is considered an administrative license revocation (ALR) and is separate from any revocation that may occur as a result of the judicial procedures that accompany a DUI conviction. In Nebraska, you may contest the ALR or you can waive that right and simply apply for an ignition interlock Permit (IIP), which will allow you to operate a vehicle with the assistance of an Ignition interlock device.

If convicted of a Nebraska DUI during judicial proceedings, one of the penalties will include the use of an ignition interlock device. Other penalties include fines, jail time, license revocation, and starting with the second offense, the possibility of continuous alcohol monitoring. You can apply for an IIP after the first 15 days of the license revocation period, however, beginning with your second offense, you will have a longer time period before you’re allowed to use it.

The steps to regaining your driving privileges after a Nebraska DUI include:

Once you take these steps, you will be able to legally drive your vehicle following your Nebraska DUI conviction. However, you will be monitored, not just before you start the car, but periodically while driving too. The ignition interlock device will prevent you from driving under the influence for your safety and the safety of other drivers on the road.