Shocking DUI: One in Three…

You are here: Home / General Information / Shocking DUI: One in Three…
October 5, 2017 by Editorial Staff 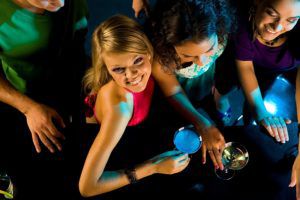 Drunk driving is such a pervasive problem. The shocking DUI truth is that one in three fatal car accidents in the U.S. is attributed to drunk driving. Perhaps the most shocking DUI truth is that any fatal car accident caused by drinking is totally preventable. Three out of three of us have a choice about whether or not we get behind the wheel if we have been drinking, 100 percent of the time.

Reportedly, one in three people gets naked when drinking, too.

Legitimately, when a person drinks, they have fewer inhibitions. Their judgment is impaired. They make bad decisions and then blame it on the alcohol. Alcohol, however, may just be a scapegoat and not a real reason for those decisions. By the time a person has reached a level of intoxication where they are unable to control themselves (“I was drunk”), they likely cannot remove their own clothing. Alcohol is a central nervous system depressant, slowing reflexes and making it difficult to walk. High amounts of alcohol make normal muscle function a big challenge.

You use the same muscles to remove your clothes as you do to drive. Thank about it.

We all have the ability to make the right choices when we are drinking. That means being responsible before we take even one sip by having a safe way to get home (and reminding ourselves to keep our shirts on, literally).