Should California Require Ignition Interlock Devices for All DUI Offenders?

You are here: Home / Resources / Should California Require Ignition Interlock Devices for All DUI Offenders?
April 7, 2015 by Editorial Staff 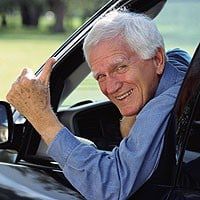 In a perfect world, we all arrive home safely in our vehicles without ever worrying about what other drivers on the road might do to disturb our peace. We trust that our kids or other passengers are safe and buckled in, and we don’t take even a second to glance at the text message on our phone.  Our faith in others to act the same is easily lost when we see another car crossing lanes ahead of us – we suspect they’ve been drinking, and we’re probably right.

In states like California, protecting the streets from drunk drivers is an important part of each day. As the state with the largest population in the U.S., increasing security against drunk drivers can take time. For example, California requires car breathalyzers or ignition interlocks for many DUI offenders, but, only four counties require them for all offenders, even those guilty of their first (and only) drunk driving charge. The “pilot programs” in these counties are seeing success, and there the state may soon consider expanding the program across the entire state. All-offender ignition interlock laws help reduce the likelihood of a person making the same drunk driving mistake twice, and since California’s number of drunk driving fatalities rose almost 5 percent last year, now seems the perfect time to expand the ignition interlock law throughout the state.

California has the chance to set an example for other states that are debating stricter ignition interlock legislation, or those who are still studying the effectiveness of the programs. The population of the state not only provides a reason to buckle down on drunk drivers, but, a good basis for study once all DUI offenders are required to install ignition interlocks. That perfect world we seek could very well be one that California helps design, just by putting the safety of all residents first.