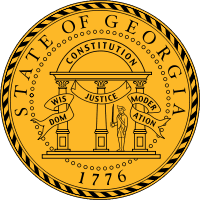 Georgia might not yet require all convicted drunk drivers to install an ignition interlock device, but Mothers Against Drunk Driving (MADD) applauds the state’s high enforcement efforts. Despite having 277 drunk driving-related fatalities in 2011, DUI-related fatalities made up only 23 percent of total traffic deaths that year. MADD has spent 2013 urging Georgia to expand their ignition interlock law to include all convicted drunk drivers. Such an improvement could significantly decrease drunk driving fatalities and lower the state’s high repeat offender rate. In 2011, Georgia had over 45,000 third-time offenders, according to MADD.

DUI Laws
Anyone who operates a vehicle with a blood alcohol concentration (BAC) of 0.08 or higher in Georgia is charged with DUI. First and second offenses are misdemeanors, a third offense is an aggravated misdemeanor, and fourth and subsequent offenses are felonies. An offense is considered a repeat offense if it occurs within five years of a prior offense. Consequences include a fine, jail time, driver’s license suspension, community service, and, for repeat offenders, participation in an alcohol evaluation and, if needed, successful completion of substance abuse treatment.

Ignition Interlock Law
All repeat drunk driving offenders are required to install an ignition interlock device in their vehicles for 6 months.