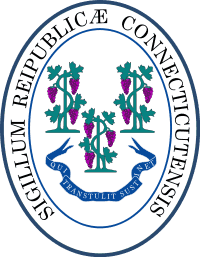 With only 92 DUI deaths in 2011, Connecticut might not appear to have a huge problem with drunk driving. However, 42 percent of total traffic deaths that year were drunk driving-related while 15,723 drunk drivers were third-time offenders. Fortunately, the state has taken the first step toward cracking down on drunk driving by enacting a new ignition interlock law that requires all convicted drunk drivers, even those with a first conviction, to install the device. The law was passed in 2011 and went into effect in 2012.

DUI Laws
Anyone who operates a vehicle with a blood alcohol concentration (BAC) of 0.08 or higher in Connecticut is guilty of DUI. The legal limit for drivers under the age of 21 is 0.02. The consequences for DUI in Connecticut include fines, prison time, and driver’s license suspension:

Convicted drunk drivers under the age of 21 share the same consequences as drivers over the age of 21. However, upon a second conviction, the license suspension lasts 45 days or until the offender turns 21, whichever is longer.

If a drunk driver causes the death or serious injury of another person, the DUI charge is elevated to a felony and consequences increase significantly.

Ignition Interlock Laws
All convicted drunk drivers must install an ignition interlock in their vehicles upon driver’s license reinstatement. Offenders must keep the device installed for 1 year for a first conviction, 3 years for a second conviction, and permanently for third and subsequent convictions.

During the first year of installation, second-time offenders are limited to driving to or from work, school, an alcohol or drug treatment program, or an ignition interlock service center. Third and subsequent offenders may have the device removed after 15 years at the discretion of the commissioner.