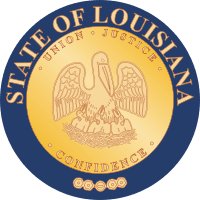 DUI Laws
Anyone who operates a vehicle with a blood alcohol concentration (BAC) of 0.08 or higher in Louisiana is charged with driving while intoxicated (DWI). Consequences of DWI in Louisiana include a fine, jail time, and driver’s license suspension.

Louisiana also has a Zero Tolerance policy for drivers under the age of 21. Anyone who commits this offense is guilty of underage driving under the influence (UDUI), punishable by a $100 to $250 fine and participation in a substance abuse and driver improvement program after a first conviction and a $150 to $500 fine and 10 days to 3 months in jail after a second conviction.

Ignition Interlock Laws
All convicted drunk drivers, including first-time offenders, are required to install an ignition interlock in their vehicle once their driver’s license suspension period is over. Offenders must keep the device installed for the same length of time that their license was suspended or for at least 180 days, whichever is greater.