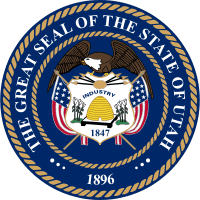 With a large abstinent Mormon population, it’s easy to see why Utah had only 53 drunk driving-related fatalities in 2011, making up only 22 percent of total traffic deaths that year. However, the state’s low number of drunk driving-related fatalities is also attributed to tough drunk driving enforcement, including high-visibility law enforcement activities, increased DUI checkpoints, and felony DUIs. Since 2009, Utah has also required all convicted drunk drivers, including first-time offenders, to install an ignition interlock in their vehicles.

DUI Laws
Anyone who operates a vehicle with a blood alcohol concentration (BAC) of 0.08 or higher in Utah is charged with driving under the influence of alcohol (DUI). A first and second DUI are class B misdemeanors while a third offense within 10 years is a third degree felony. Consequences can include a fine, jail time, driver’s license suspension, and participation in alcohol screening and, if necessary, assessment and substance abuse treatment.

In lieu of jail time, DUI offenders may be required to perform community service or participate in home confinement through the use of electronic monitoring.

Utah also has a Zero Tolerance policy for drivers under the age of 21. Anyone under the age of 21 who operates a vehicle with any amount of alcohol in their system will lose their license for 90 days after a first offense and for 3 years after a second offense.

Ignition Interlock Laws
All convicted drunk drivers are required to install an ignition interlock device in their vehicles. The length of time a drunk driver must keep the device installed depends on prior convictions. Drivers under the age of 21 who commit a DUI offense must also install the device.