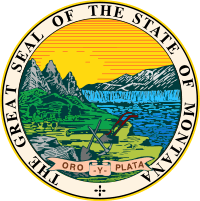 In 2011, Montana had 81 drunk driving-related fatalities, which made up 38 percent of the state’s total traffic deaths that year, according to Mothers Against Drunk Driving (MADD). In 2008, director of Montana’s Department of Transportation Jim Lynch attributed high drunk driving-related fatalities to rural challenges on top of a drunk driving problem. Most travel in Montana occurs on rural roads and involves high speeds while emergency response can take over an hour due to the state’s rural environment.

DUI Laws
Anyone who operates a vehicle with a blood alcohol concentration (BAC) of 0.08 or higher in Montana is guilty of driving under the influence (DUI). The legal limit for drivers under the age of 21 is 0.02. Consequences for DUI include a fine, jail time, driver’s license suspension, and participation in a chemical dependency assessment, education course, and/or treatment.

Fines and jail time double if the drunk driver committed the offense while a child under the age of 16 was in the vehicle. If the drunk driver caused the death of another person, the offense is elevated to a felony punishable by a fine of up to $50,000 and/or up to 30 years in jail. Fourth and subsequent offenses are felony DUIs punishable by a $1,000 to $10,000 fine and up to 5 years in jail.

Depending on the number of prior offenses, driver’s under the age of 21 who are convicted of DUI must pay a fine ranging from $100 to $500, spend up to 10 (2nd conviction) to 60 (3rd conviction) days in jail, lose their license for 90 days to 1 year, and participate in a chemical dependency education course and treatment.