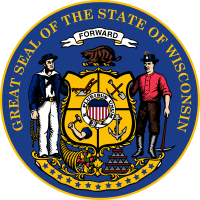 According to the Wisconsin Department of Transportation, Wisconsin has the highest drunk driving rate in the nation. In 2010 alone, Wisconsin had over 44,000 drunk driving convictions while 45 percent of 2009’s total traffic crashes were drunk driving-related, resulting in 238 deaths and almost 4,000 injuries.

While the state has had a slight decrease in alcohol-related crashes and fatalities since then and has made improvements to its drunk driving laws, such as requiring most convicted drunk drivers to install an ignition interlock in their vehicles, weak laws and drunk driving consequences, including the equivalent of a traffic ticket for a first time offense, allow drunk driving to flourish in Wisconsin. Mothers Against Drunk Driving is currently working to legalize sobriety checkpoints in the state, criminalize first drunk driving offenses, and expand the interlock legislation to include all convicted drunk drivers.

OWI Laws
Anyone who operates a vehicle with a BAC of 0.08 or higher in the state of Wisconsin is guilty of operating a vehicle while under the influence of alcohol (OWI). The legal limit for drivers with three or more prior OWI convictions is 0.02 while the state has a Zero Tolerance policy for drivers under the age of 21. Consequences for OWI can include fines, jail time, and driver’s license revocation ranging from:

Consequences of OWI double if the offense was committed while a child under the age of 16 was in the vehicle and increase significantly if your BAC is higher than 0.17 on your third or subsequent offense. Drivers under the age of 21 who are convicted of OWI must pay a fine of $200 and will lose their driver’s license for 3 months.

Ignition Interlock Laws
First-time OWI offenders with a BAC of 0.15 or higher, all repeat offenders, and any offender who refuses to submit to a chemical test are required to install an ignition interlock in their vehicle in order to obtain restricted driving privileges. Offenders must keep the device installed for at least one year.