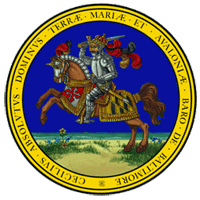 According to Mothers Against Drunk Driving (MADD), Maryland had 162 drunk driving-related fatalities in 2011, making up 33 percent of total traffic deaths that year. The state also has a high repeat offender rate with 25,120 third-time offenders and nearly 4,000 fifth-time offenders in the past year. Though the state improved its drunk driving law in 2011 by requiring ignition interlocks for first-time offenders with a blood alcohol concentration (BAC) of 0.15 or higher and all repeat offenders, MADD believes that Maryland could see a significant decrease in drunk driving-related fatalities if it extended the interlock law to include all drunk drivers.

DUI Laws
Anyone who operates a vehicle with a BAC of 0.08 or higher is guilty of driving under the influence of alcohol (DUI). Consequences include a fine, jail time, driver’s license revocation, and, for second and subsequent offenses, alcohol rehabilitation or treatment.

Drunk drivers with four or more convictions will have their license revoked for 2 years.

The legal limit for drivers under the age of 21 is 0.02. Consequences include license suspension for up to 1 year and/or a fine of up to $500 after a first offense and loss of license until the age of 21 and/or a $500 fine after a second or subsequent offense.