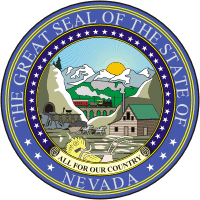 DUI Laws
Anyone who operates a vehicle with a BAC of 0.08 or higher in Nevada is charged with driving under the influence (DUI), punishable by a fine, jail time, driver’s license suspension, and DUI School or Substance Abuse Treatment. An offense is considered a repeat offense if it occurs within 7 years of a prior DUI conviction.

The convicted drunk driver’s license will also be revoked for at least 90 days. The maximum time period depends on prior offenses.

Ignition Interlock Laws
Repeat offenders and first-time offenders with a BAC of 0.18 or higher are required to install an ignition interlock device in their vehicles for 12 to 36 months. Drunk drivers must also install the device if the offense results in the death or injury of another person. An interlock might be required for first-time offenders with a BAC below 0.18 at the judge’s discretion. In this case, the device must be maintained for 3 to 6 months.