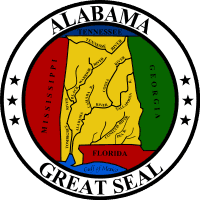 In 2011, Alabama became the last state to enact an ignition interlock law. The law requires all first-time drunk driving offenders with a blood alcohol content (BAC) of 0.15 or higher and all repeat offenders to install interlocks in their vehicles once their license suspension period ends.

Unfortunately, the law was never implemented due to a technicality concerning where money paid by offenders for the interlocks should be allocated. Meanwhile, over 250 people died from drunk driving-related traffic crashes in 2012, many of which could have been prevented had convicted drunk drivers been using ignition interlocks.

However, a new interlock bill passed by the House Public Safety and Homeland Security Committee last week could help implement the law enacted in 2011. The legislation would allow first-time offenders with a BAC of 0.08 to 0.14 to install an interlock device and receive limited driving privileges in place of a 90-day license suspension with no driving privileges, based on their preference.

Mothers Against Drunk Driving (MADD) is continuously urging Alabama legislators to pass the new bill and to implement the 2011 interlock law so that the state can decrease drunk driving, reduce repeat drunk driving arrests, and save lives.