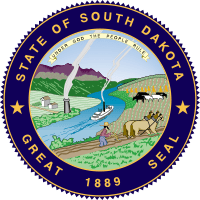 DUI Laws
Anyone who operates a vehicle with a blood alcohol concentration (BAC) of 0.08 or higher is charged with driving under the influence (DUI). First and second offenses are misdemeanors while third and subsequent offenses are felonies. Consequences include a fine, jail time, and driver’s license suspension.

Repeat offenders and any offender with a BAC of 0.17 or higher must participate in the state’s 24/7 Sobriety Program, which requires offenders to be tested twice every day and/or 24/7 through a drug patch or electronic alcohol monitoring device.

Offenders may be allowed to drive to work, 24/7 sobriety testing, school, and/or counseling programs during the license suspension period if they successfully complete a court-approved chemical dependency counseling program.

Ignition Interlock Laws
Ignition interlocks are not mandatory for convicted drunk drivers in South Dakota. However, the court may order a convicted drunk driving offender to install the device as part of their participation in the 24/7 Sobriety Program.