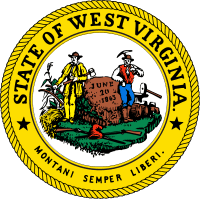 West Virginia had only 90 drunk driving-related fatalities in 2011, according to Mothers Against Drunk Driving (MADD), thanks to the state’s use of felony DUIs, sobriety checkpoints, and ignition interlocks for all convicted drunk driving offenders. However, the state’s repeat offense rate remains high with over 27,500 third-time offenders and over 10,500 fifth-time offenders in 2011.

DUI Laws
Anyone who operates a vehicle with a blood alcohol concentration (BAC) of 0.08 or higher in West Virginia is charged with driving under the influence of alcohol (DUI). First and second convictions are misdemeanors while third and subsequent convictions are felonies. Consequences can include a fine, jail time, and driver’s license suspension.

The offender’s driver’s license will be revoked for 60 days to 10 years, depending on prior convictions.

If the drunk driver committed the offense while a child under the age of 16 was in the vehicle, consequences increase to a $200 to $1,000 fine and 2 days to 12 months in jail.

Anyone who knowingly allows his or her vehicle to be driven by another person who is under the influence of alcohol is also guilty of a misdemeanor, punishable by a $100 to $500 fine and up to 6 months in jail.

Ignition Interlock Laws
All convicted drunk drivers must install an ignition interlock device in their vehicle for at least 165 days, depending on the number of prior convictions.

Previous Post: « Avoid a DUI on New Year’s Eve
Next Post: Should You Give Up Alcohol for January? »