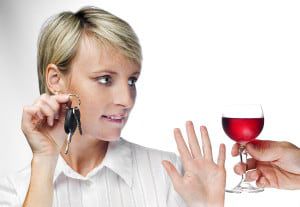 Along with St. Patrick’s Day, July 4th, and Thanksgiving weekend, New Year’s Eve is notorious for increased DUI arrests and drunk driving-related crashes. With the late-night holiday revolving around hours of celebrating the New Year with champagne and holiday cocktails, it’s no mystery why New Year’s Eve is such a dangerous night of the year.

According to the National Highway Traffic Safety Administration (NHTSA), an average of 36 drunk driving-related crash fatalities occurred per day between 2001-2005. That number increases to an average of 45 per day during the Christmas holiday period and to an average of 54 per day over the New Year’s holiday.

This New Year’s Eve, local law enforcement will be out in full force cracking down on drunk drivers through the NHTSA’s Drive Sober or Get Pulled Over campaign. If you’re caught drinking and driving, you’ll face the legal and financial costs of a DUI, jail time, and loss of your driving privileges. Not to mention that by drinking and driving, you risk harming yourself and others.

New Year’s Eve is always an exciting time of year, but drinking and driving, with all its consequences, is no way to start a new year. Make sure you ring in the new year safe, sound, and out of jail by staying sober, staying home, or planning ahead by designating a sober driver or making other safe arrangements home.

Have a happy and safe New Year!