You are here: Home / Resources / Stop on Red During National Stop on Red Week
August 4, 2014 by Editorial Staff 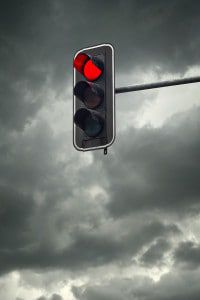 The next time you think about running a red light, think again. According to the National Highway Traffic Safety Administration’s (NHTSA) Traffic Safety Facts 2008 Report, 2008 saw 2.3 million intersection-related traffic crashes, resulting in over 7,770 fatalities and 733,000 injuries.

In the spirit of road safety, Car Breathalyzer Help joins the Federal Highway Administration (FHWA) and road safety organizations across the country in celebrating National Stop on Red Week. Held annually during the first week of August, Stop on Red Week is part of the FHWA’s Red-Light Running Program created to stop red-light running, increase law enforcement of red-light running, and educate the public on the dangers of running a red light.

Observe National Stop on Red Week by planning and implementing a Stop Red-Light Running program in your community and educating the public on the dangers of this deadly traffic problem. And remember to practice road safety throughout the whole year. That means following the posted speed limit and other traffic laws, watching out for pedestrians and bicyclists, avoiding your cellphone and other distractions while driving, and never driving under the influence of alcohol.