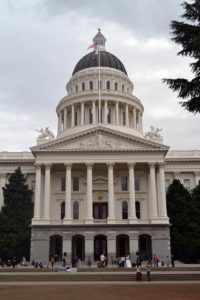 California’s 2016 legislative session is about to end, with one very important bill hanging in the balance. The state has been carefully going through the legislative channels especially for everyone who has worked so hard to increase the safety of the streets across the state. SB-1046 is expected to become a law soon, expanding ignition interlock access and changing the way all drunk driving incidents are penalized. Fewer drunk drivers means safer streets, a concept that shouldn’t be limited to only four counties in the entire state.

An ignition interlock device is a tool to keep drunk drivers from starting and driving their vehicle if alcohol is detected in a breath sample they provide upon startup and while driving. SB-1046 essentially says that all DUI offenders, even those with a first-time offense without aggravating circumstances, will be required to use an ignition interlock if convicted. The bill also says that anyone who is facing a DUI in California court can opt for an ignition interlock, if they are found eligible, before their driver’s license suspension even begins and have credit for the “time served” with the device upon their official conviction.

The ignition interlock pilot program that required all DUI offenders to install the device in four California counties was extended for 18 months at the end of 2015 in order to study the effectiveness of the devices. This new bill would increase access to the devices to those who would otherwise be forced to wait out their license suspension. As time is of the essence, your voice can make a big difference in passing this bill now, rather than waiting yet another year to ensure safety on the streets. Contact your California legislators and Governor and let them know that you want ignition interlock expansion in California now, and that waiting is only risking more lives on the road.

Previous Post: « How to Drive Legally after a Nebraska DUI
Next Post: Basic Rules for Your California Ignition Interlock »