You are here: Home / Laws / How to Drive Legally after a Nebraska DUI 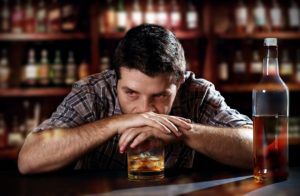 Once you have been arrested for drinking and driving, its normal to feel like your world has changed. You’ve got court dates, administrative DMV hearings and a whole lot of frustration to face in your future. Wouldn’t it be easy if there was a way to drive legally after a Nebraska DUI so that you could make sure you were able to meet all of those new appointments? Of course it would. That’s why you’ve got a chance to install a car breathalyzer (ignition interlock) before you’re even convicted of drunk driving.

If you are facing Nebraska DUI charges, you can voluntarily install an ignition interlock and avoid a license suspension.

In order to waive your license suspension and qualify for an interlock:

Even a first-offense Nebraska DUI has strict consequences. You’ll have a minimum of 7 days in jail (up to 60) and a fine of up to $500. However, the state also understands that people can make mistakes and that remaining employed is an important aspect of life, especially after a life-altering event like a DUI. That’s where an ignition interlock becomes a great way to commit to sober driving from day one. Plus, you can cross off that administrative DMV hearing from your list of things to do.Most of the time, one DUI is enough reason for anyone to pledge to never drink and drive again. With the help of an ignition interlock, that commitment becomes a lot easier, especially when it helps an offender maintain the regular responsibilities in life while allowing the same freedom to drive as before the incident even occurred.