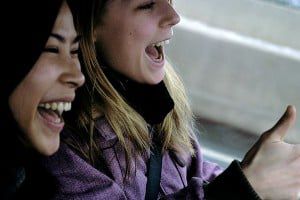 Nothing is more exciting for a teenager than receiving his or her first driver’s license – a long-awaited passport to freedom and the open road. But a combination of inexperience and reckless behavior can turn this momentous privilege into tragedy.

With 5,000 teens killed in passenger car crashes each year, car accidents are the number one cause of death among U.S. teens, according to the National Highway Traffic Safety Administration (NHTSA). These statistics from NHTSA might explain why:

In an effort to increase teen driving safety, the NHTSA created a 3-step strategy that focuses on three priority areas to prevent car-related accidents, injuries, and deaths among teens.

Despite being underage, teens are at the highest risk of death in an alcohol-related crash. Teens have easier access to alcohol than you might think and are constantly under social pressure to drink. Combine alcohol consumption with the newfound freedom to drive, and the results can be fatal. One way the NHTSA aims to reduce teen access to alcohol is through tamper-proof licenses and laws that take away the licenses of underage drinkers.

Alcohol isn’t always the cause of car accidents and related deaths and injuries among teens. Most of the time it’s simply immaturity and inexperience. That’s why the NHTSA supports the enactment of three-stage GDL laws to phase novice drivers to full driving privileges as their maturity and driving skills develop. The stages include a supervised learner’s period, an intermediate license with limited driving privileges, and a license with full privileges.

Increase Seat Belt Use Among Teens

In 2008, teens and young adults of ages 16 to 24 had the lowest observed seat belt use of any age group. To increase seat belt use among teens, the NHTSA supports increased enforcement and publicity of seat belt laws.

Previous Post: « You’re Never Too Experienced to Drink and Drive
Next Post: When Stopped for DUI, Can You Plead the Fifth? »