You’re Never Too Experienced to Drink and Drive

You are here: Home / Resources / You’re Never Too Experienced to Drink and Drive
March 22, 2013 by Editorial Staff 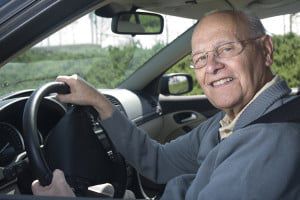 A person could go their entire life without a single ding on the driving record, but the combination of alcohol and the effects of old age could easily ruin that clean record.

With age comes wisdom and experience, but that won’t save you from alcohol-related accidents or drinking violations when you’re over 65. Despite being experienced drivers who have been getting behind the wheel for decades, senior citizens are not only capable of getting a DUI but might be more likely to face a DUI and other consequences of driving while impaired.

The Centers for Disease Control and Prevention (CDC) notes that senior citizens are at an increased risk of being injured or killed in a car accident, though not necessarily of causing a car accident. According to the CDC: “…fatal crash rates increase starting at age 75 and increase notably after age 80. This is largely due to increased susceptibility to injury and medical complications among older drivers rather than an increased tendency to get into crashes.”

However, the CDC doesn’t ignore the fact that natural physical and mental changes that occur with age can certainly increase senior citizens’ risk of getting into a car crash. As we age, our vision and hearing start to dim, depth perception fades, reaction time decreases, and ability to reason and remember declines. All of these changes can affect one’s ability to perform everyday activities, such as driving.

Throw alcohol into the mix, and the results can be fatal as alcohol impairs many of the physical and mental functions that decline with age. And that’s not all… As you age, your body also starts to metabolize alcohol at a slower rate, meaning the effects of alcohol will hit you sooner and harder.

The good news is, the CDC found that drivers over the age of 65 are less likely to drive while impaired than younger adults: “Only 5% of older drivers involved in fatal crashes had a blood alcohol concentration (BAC) of 0.08 grams per deciliter (g/dL) or higher, compared to 25% of drivers between the ages of 21 and 64 years.”