You are here: Home / Laws / Texas DWI Law and Steering Clear of an Intoxication Assault Nightmare
July 14, 2015 by Editorial Staff 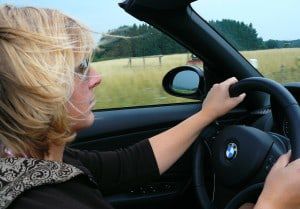 We all know that drinking and driving is dangerous, but,  fortunately, a drunk driver is caught before a tragedy can happen. In Texas and across the U.S., a drunk driver that is caught without incident typically faces the least restrictive consequences allowed by law.  Those DWI offenders may have some jail time to serve, a car breathalyzer or ignition interlock requirement and court costs, but, they’re most likely found in the “teach them a lesson” column, rather than with the “dangerous criminal” label.

However, Texas DWI law pays particular attention to a drunk driver who causes “serious bodily injury” to another when driving while intoxicated with the Texas intoxication assault laws. This means that if a person in the DWI offender’s vehicle or a victim in another car or the path of the drunk driver is severely injured, the DWI offender can be found guilty of a third degree felony, on top of the other consequences for drinking and driving. No longer is the Texas court system teaching them a lesson about the danger of drinking and driving – they have proven they are dangerous, and are dealt with accordingly.

You never really know what could happen once you’re behind the wheel of a car, and that means that you’re even less able to avoid danger if you’ve been drinking. Far too many people are injured or killed at the hands of a drunk driver in Texas and across the country, which is why most states (including Texas) are proactively increasing ignition interlock requirements and other drunk driving consequences. Lessons can be learned when we pay attention to laws, instead of learning them the hard way, after the laws are broken. Instead of risking any consequences, you have a choice to remain sober when driving, a choice that eliminates your fault in any drunk driving incident and keeps the streets in Texas safe.

We’re Number Four: West Virginia DUI Laws are Tough!
Next Post: Your Friend’s Virginia DUI Could Be Your Fault