The Sobering State of an Oklahoma Aggravated DUI

You are here: Home / Laws / The Sobering State of an Oklahoma Aggravated DUI
December 19, 2017 by Editorial Staff 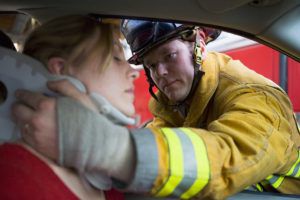 Like most states, Oklahoma has different levels of DUI charges. There’s zero tolerance for the under 21 set, a standard DUI charge for those with a blood alcohol concentration (BAC) of .08 percent or more, and, if you’re BAC is over .15 percent, you can be charged with an Oklahoma aggravated DUI. If your DUI is categorized as aggravated, then you will receive the standard DUI penalties plus extra punishments as laid out by the law.

The punishments for an Oklahoma aggravated DUI include the standard first-offense punishments of automatic Administrative License Suspension, six months to one year in jail, and $1,000 fine. The additional penalties that can be levied include:

It is important to note that these extra penalties are only required if convicted of an Oklahoma aggravated DUI. If your sentence is deferred, the additional penalties are not required, though the judge can still choose to pass them down as a condition of your DUI deferment.  As far as your license goes, you will most likely receive a criminal license suspension as well as the administrative suspension. These are not served concurrently, so your license will be suspended for the full time of each together. However, you may be eligible for a restricted license with the installation of an ignition interlock device under certain circumstances.

Preparing for a night out on the town without the dangers of DUIs requires forethought and planning. We’ve all had a night where we drank less than what we know to be our limit, but for one reason or another, it affected us much more strongly than usual. Be prepared for the unexpected, always have a backup plan.

DC’s Drinking Problem and the DC DUI Solution
Next Post: Fact or Fiction: An Iowa Aggravated OWI Charge Does Not Exist