The Truth Hurts: DUI Statistics and Our Commitment to Nothing

You are here: Home / General Information / The Truth Hurts: DUI Statistics and Our Commitment to Nothing
December 7, 2017 by Editorial Staff 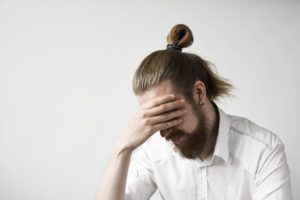 2017 has been a year of few changes for drunk driving laws in the U.S., which is a bit shocking, given that DUI statistics show an increase in drunk driving fatalities over the past three years. According to NHTSA, DUI fatalities were at their highest since 2009, and there are indications that 2017 will see an increase too. Yet solutions to create safer streets across the nation do not seem to be in the works.

To be fair, Pennsylvania did implement an all-offender ignition interlock law this year. Utah lowered the blood alcohol concentration (BAC) limit to .05 percent for DUIs. At the same time, Florida passed on stricter ignition interlock laws and Wisconsin continues to sidestep its lenient drunk driving reputation. As we end 2017, we can all look at the next year as perhaps a new beginning for drunk driving laws.

A few DUI statistics to consider:

Drunk driving numbers and statistics all boil down to one solution: eliminating drunk driving. While we may see an obvious solution to the problem, one that requires personal responsibility before the first sip of a drink is tried, the reality is that too many people are still taking chances. If drunk driving laws are strengthened and if more ignition interlock devices are required on vehicles, perhaps we can begin to see a decline in the number of DUI fatalities and associated problems for a long time ahead.

No Mercy for Arizona Aggravated DUI Offenders
Next Post: Dangers of Driving on a Suspended License