Think an Ignition Interlock is Rough? Check Out These Tough DUI Laws in Other Countries

You are here: Home / General Information / Think an Ignition Interlock is Rough? Check Out These Tough DUI Laws in Other Countries
October 6, 2014 by Editorial Staff 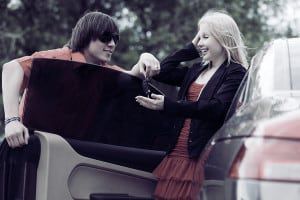 In the U.S., each state is allowed to determine the penalties for anyone convicted of driving under the influence of alcohol, but, the legal limit for that is set on the national level, at .08 BAC (Blood Alcohol Concentration). In the majority of U.S. states, even if you’ve only been convicted of one drunk driving charge, you will have to install an ignition interlock device, among other penalties for the conviction, but in other countries around the world, you could be in line for much harsher consequences.

As strict as our laws may seem, there are other countries that take a much harder line against drunk drivers, from the legal BAC limit to the end result of a drunk driving conviction. Considering the U.S. is among the most lenient countries across the globe for BAC levels and we have such a high rate of alcohol-impaired drivers, there could be much worse penalties than a mandatory ignition interlock installation. Not all nations use ignition interlock devices, but, for a country that was established under the guidelines of freedom, the devices not only support a person’s continued freedom to drive, but, allow others the freedom of feeling safe from harm.

What is Wisconsin Doing Right or Wrong to Lower OWI Convictions?
Next Post: Will You Be a Car Breathalyzer Success Story?