Top 10 States With the Most Drunk Driving Fatalities

You are here: Home / General Information / Top 10 States With the Most Drunk Driving Fatalities
May 30, 2014 by Editorial Staff 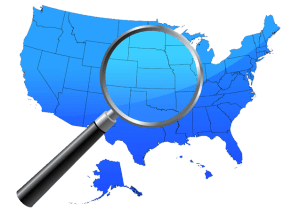 Drunk driving is the deadliest and most often committed crime in the U.S. and results in over 10,000 preventable deaths each year, according to the National Highway Traffic Safety Administration (NHTSA). Despite falling below 10,000 for the first time in years in 2011, drunk driving fatalities were back up to over 10,000 in 2012, telling us that we have a long way to go in the battle to end drunk driving.

24/7 Wall St. also investigated why these 10 states have the most drunk driving fatalities, and compiled a few theories based on other statistics. For starters, each of the 10 states also had higher per capita consumption of beer than the U.S. overall, according to data from the Beer Institute. North Dakota was highest with a per capita beer consumption rate of 45.8 gallons. Many of the top 10 states also have some of the most miles of public roads, making drunk driving harder to enforce. For example, Texas, which ranked number ten, has 313,210 miles of public roads. Nearly 100,000 miles of those roads are in sparsely populated rural areas.

Here’s the full list of the top 10 states with the most drunk driving fatalities per 100,000 people:

For more drunk driving, binge drinking, and other alcohol-related statistics on each of the 10 states, head over to 247wallst.com.

Previous Post: « New Jersey Bill Aims to Expand Ignition Interlock Use
Next Post: Keep Your Teen Drivers Safe on the Road This Summer »