You are here: Home / Opinion / Treating Texting While Driving Like a DUI 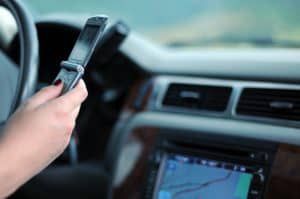 We all know that texting while driving is a horrible habit. There are countless injuries and deaths each year because of FOMO (fear of missing out) with text messages, social media posts and even carelessly using a GPS app while driving. Plenty of people joke about having an “ignition interlock, but for social media” posts, but what if that was a real thing?

If texting while driving (TWD) was treated like a DUI, here’s what you could expect:

The experts say that a TWD incident is just as dangerous as a DUI, and some even say it can be more dangerous. In the five seconds it takes to check your texts, you’ve driven the length of a football field – that’s a huge margin for error when you’re responsible for your safety and that of your passengers and others on the road. The biggest difference between the two is alcohol – a DUI is “under the influence” of alcohol, while TWD is a choice you make each time you reach for your phone. Since plenty of people forgive a DUI as a common mistake because of the alcohol, that leaves no excuse for a TWD, and plenty of incentive for an ignition interlock for your mobile phone.