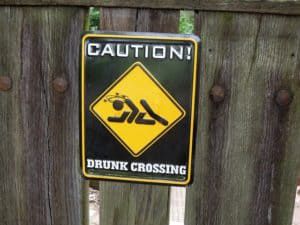 Florida used to have a reputation as a state for vacations and retirement, until the Internet came along and ruined it. Now we’re bombarded with mind-boggling headlines about the residents and their behaviors, both sober and while under the influence of alcohol. Like a recent Florida DUI where the alleged offender topped the charts with a blood alcohol concentration (BAC) of over .6 percent.

That’s right, a Florida man was arrested for a Florida DUI with a Florida BAC of .604 percent. Essentially, the man’s blood was .6 percent alcohol, an extremely dangerous fraction with life-altering consequences. To put that into perspective, most people will slip into a coma at .35 percent BAC.  At .4 percent, respiratory arrest can happen and death isn’t far behind. Florida’s DUI law says at .08 percent BAC, you can be charged with, and convicted of drunk driving. Plus, there are additional penalties for a high BAC DUI – those violations that measure at .15 BAC or above.

But, there’s more. The man with the super-high BAC was found asleep behind the wheel with his children in the vehicle. So, on top of the unbelievable BAC, he also was endangering his children. Also, he denied having anything to drink, at all, once he was able to speak to authorities.

In truth, this wasn’t just another Florida DUI, despite the headlines. This was an extremely dangerous DUI that could have ended the driver’s life, the lives of his children and any other victims in his path. Fortunately, that was not the case and his fate is now in the hands of the court, where he will likely face a substance abuse evaluation, plenty of fines and court costs, a car breathalyzer (ignition interlock) requirement and more. We may be entertained by those Florida headlines, but a .6 percent BAC is no laughing matter.

WV Aggravated DUI: When Bad Judgment is a Big Deal
Next Post: Treating Texting While Driving Like a DUI