Underage Drinking is No Party in Madison WI

You are here: Home / News / Underage Drinking is No Party in Madison WI
September 21, 2016 by Editorial Staff 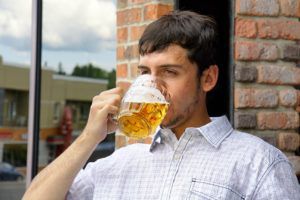 When we send our kids off to college, the last thing we want to know is that they’ll be attending the top party school in the country. We hope our kids are smart, self-controlled and understand the dangers of drinking and driving. As new college students, underage drinking is tempting. In Madison, Wisconsin, that temptation may too much to handle, especially as the top party school meets the most lenient drunk driving laws in the country.

Technically there are only two ways a minor is legally allowed to drink alcohol in Wisconsin: either a parent or spouse can give permission. An adult over the age of 21 who is arrested for OWI in the state may only be issued a traffic citation instead of facing a criminal conviction in court, too. Despite the state’s seemingly lenient stance on alcohol in those situations, underage drinking is actually taken more seriously. The state will suspend or revoke an underage minor’s driver’s license if they are convicted of purchasing, possessing or consuming alcohol for 30-90 days. That means that even if the minor is not driving or anywhere near a vehicle, they can lose their license. That doesn’t mean they qualify for an ignition interlock, however.

Remember that kids will be kids, but that doesn’t mean they’ll end up drinking when away from college. All states have a zero tolerance policy when it comes to drinking and driving, and most communities are aware of how alcohol consumption can lead to other crimes, too. Be direct with your kids before they go off to college, and allow an open channel of communication, even if they’re technically adults. New college students in Madison, Wisconsin or anywhere else still need the understanding and support of their family to encourage the right types of decisions, especially those that keep them realistic about underage drinking and the problems that can occur as a result.

The 2016 West Virginia DUI Crackdown
Next Post: I Have an IID Requirement…But No Car!