Understanding the Dangers of Binge Drinking

You are here: Home / Opinion / Understanding the Dangers of Binge Drinking
June 6, 2013 by Editorial Staff 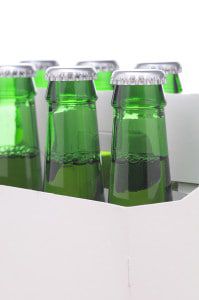 Binge drinking, a pattern of drinking that brings a person’s blood alcohol concentration (BAC) to 0.08 or higher, is the most common pattern of excessive alcohol use in the U.S., according the the Centers for Disease Control and Prevention (CDC). In fact, the CDC reports that 1 in 6 U.S. adults binge drinks about 4 times each month.

Individuals of any age can partake in binge drinking on any given day, but the warm weather, poolside parties, array of summer music festivals, and the overall freedom of summer might lead young adults, college students, and even teens to not only drink but drink more at once and more often than usual. According to the CDC, 70 percent of binge drinking episodes involve adults over the age of 26, but 90 percent of the alcohol consumed by youth under the age of 21 is in the form of binge drinks.

While it’s perfectly ok for someone over the age of 21 to enjoy a tropical infused cocktail on a sunny summer day, knowing your limits can help you avoid the dangerous immediate and long-term consequences of binge drinking, which can include:

Binge drinking can also lead to hospitalization or death from alcohol poisoning, a serious consequence that requires immediate medical attention. Alcohol poisoning can easily be avoided by limiting your number of drinks, but be aware of the signs of alcohol poisoning in case someone you know has had too much to drink.

According to the CDC, binge drinking occurs when men consume 5 or more drinks in 2 hours or when women consume 4 or more drinks in 2 hours, so make sure to limit your alcoholic beverage intake to one drink or less per hour and be aware of your drink limit. You should also drink more cautiously during summer months as the combination of heat and alcohol can lead to dehydration. Stay hydrated by drinking water frequently.

And as always, don’t drink until you’re 21 and never drink and drive, no matter how many or how few alcoholic drinks you’ve had.