Virginia is #3 in Curbing DUI and High Risk Drivers!

You are here: Home / Resources / Virginia is #3 in Curbing DUI and High Risk Drivers!
September 21, 2015 by Editorial Staff 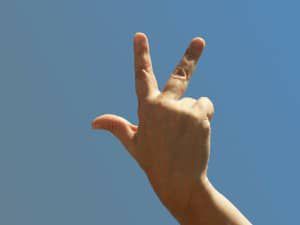 Virginia is a lot of things to its residents. There are beaches to the east and mountains to the west, and for those who enjoy urban living and bedroom communities, there’s the great “state” of Northern Virginia. The Commonwealth also has a great reputation for keeping those residents safe, especially when it comes to the number of DUI and high risk drivers on the roads. In fact, the state third among the nation’s top ten in terms of strict treatment of DUIs. Because with all that Virginia has to offer, nobody wants it taken away by a drunk driver.

If you are arrested for  DUI in Virginia, you’ll have plenty of financial penalties and court costs as restitution for your actions. You will be required to enroll in the Virginia Alcohol Safety Action Program to determine the level of intervention services you require after your arrest. VASAP will also be your monitoring/probation agency that will report to the court the progress you make after a DUI. You could also be ordered to spend time in jail, perform community service or your car could be impounded. Any aggravating factors, such as DUI child endangerment or being involved in a hit-and-run accident, will increase all of those consequences.

There is an ongoing effort in Virginia by law enforcement to target these dangerous drivers. With sobriety checkpoints and administrative license revocation (ALR) for those arrested under DUI laws, drunk and high risk drivers are spotted immediately and their ability to drive is taken away. On top of that, the car breathalyzer and ignition interlock requirements by both the court system and the DMV continue to provide a level of protection against subsequent drunk driving offenses. Virginia may be a great place to live and visit, but you definitely want to think twice about whether you are sober enough to drive home after you’ve been drinking.