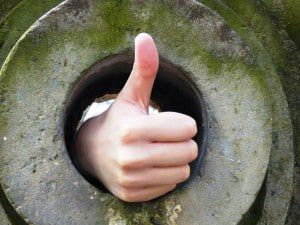 Driving down the road, you notice the person next to you is blowing into a small mouthpiece or has it in their hand while looking for a safe place to pull over. You have heard of car breathalyzers or ignition interlock devices, but, you’ve never actually seen one being used in Oklahoma. It is a relief to know that other driver is sober (the biggest benefit to ignition interlocks), but, did you know Oklahoma has a DUI car breathalyzer law for other reasons, as well?

The DUI car breathalyzer law is more of a requirement for a DUI offender if they want to drive after a conviction. At first, it may seem strange to let a person who has shown poor judgement when it comes to drinking and driving continue to steer their way down Oklahoma’s roads. But, with a car breathalyzer, that DUI offender is given the ability to stay employed and take care of court-related obligations, as well as keep their family responsibilities intact. That also means that more people will choose to drive with a car breathalyzer rather than risk driving illegally and potentially drinking and driving one more time.

Studies show that a car breathalyzer reduces the number of second or subsequent drunk driving convictions by 67%, making the devices effective tools in keeping the roads safe. Even knowing that they are a possibility can change a would-be, first-time DUI offender into a taxi-riding, homeward bound passenger after a night of drinking. Oklahoma has a DUI car breathalyzer law in order to keep the streets safe, and the added bonus is that an offender has the opportunity to rebuild their life after a DUI in a positive way. Not all laws are meant to punish criminals, and when it comes to drinking and driving, the chance to turn down a better road to recovery can start with just one “blow” into a car breathalyzer.