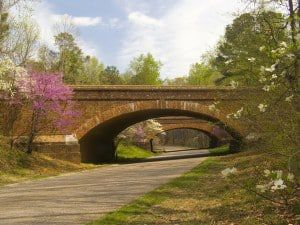 Virginia is for lovers, so they say, but, there is little love for drunk drivers in the Commonwealth. With all-offender car breathalyzer and ignition interlock requirements, Virginia wants all residents and visitors to understand how dangerous it is to drive under the influence of alcohol – including those who may have been convicted of a similar DUI in a federal court, or in another state. As such, Virginia welcomes the chance to create safer streets for everyone, even if the DUI was not technically committed within the boundaries of the Commonwealth.

What this means is that a Virginia resident who was convicted of a DUI or any similar drunk driving charge in federal court, in Washington, D.C., or in any other state in the U.S. can petition to regain their ability to legally drive in Virginia. If granted, that Virginian will be required to install an ignition interlock on their vehicles, and obtain a restricted driving license, essentially following the same guidelines as dictated in Virginia’s law, including participating in the Virginia Alcohol Safety Action Program (VASAP).

Since Virginia has plenty of federal land within its borders, and neighbors the Washington, D.C., area, it only makes sense that a federal DUI offender would have the ability to be treated as if the incident happened in Virginia. Installing a car breathalyzer after a federal or out-of-state DUI keeps those commuters on the road to a better life, while the streets that lead into D.C. are packed with more responsible drivers. Those drivers are better monitored through the VASAP program, as well, and have an easier time in their overall recovery after a DUI. While there may be little love for drunk drivers in Virginia, D.C. or across the country, the ability to work together to keep the streets safe has a positive impact on everyone, no matter where we work, live or play.