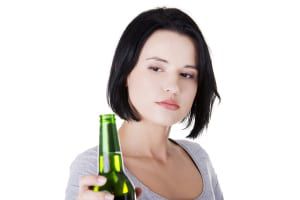 Underage drinking continues to be a national concern, and can lead to penalties including a car breathalyzer or ignition interlock device well before a teenager can legally vote. While many U.S. states may have differences in drinking laws for minors in the presence of their parents, the legal drinking age and alcohol purchasing age is 21 nationwide. The Commonwealth of Virginia has a program in place to ensure that retail stores that are allowed to sell wine, beer and alcohol adhere to the laws regarding underage drinking and possession/purchase of alcohol by a minor. The Virginia Department of Alcoholic Beverage Control’s Underage Buyer Program regularly tests businesses to see if they’re selling alcohol to minors by pairing law enforcement officers with youth ages 17-19 who agree to try to purchase alcohol illegally.

Each month, agents and their underage assistants give 400 tests to retailers across Virginia using the Underage Buyer Program. Underage operatives must use their own identification while attempting to buy alcohol and are not allowed to alter their appearance in any way to look older, so the responsibility of sellers is no different than with any other age group. Since the program does not rely on any deception in appearance, it is a good way to gauge how retailers fulfill legal guidelines regarding the sale of alcohol to minors. From July 2013 to June 2014, 465 businesses in Virginia allowed minors to buy alcohol, but, during the same period, almost 3000 businesses licensed to sell alcohol in Virginia passed the test.

The Underage Buyer Program has successfully discovered which businesses tend to sell alcohol to minors and holds them accountable. Virginia businesses that make the mistake of selling to underage people more than once can be taken to court and have their alcohol license suspended. The program has experienced a lot of success and the underage operatives make a valuable contribution to their communities by going “undercover.”

You Must Be Mistaken: Drunk Drivers Get it Wrong in Michigan
Next Post: Coffee is Less Effective than Ignition Interlock Devices »