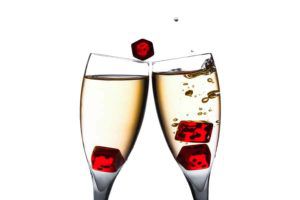 We celebrate the New Year on New Year’s Eve, with the final drinks served at midnight on New Year’s Day. From there, we have to get home, which can be difficult if we didn’t have a plan to do so safely before we left. Historically, it isn’t New Year’s Eve that nets the greatest number of DUI arrests, incidents, and road fatalities, but the morning hours of New Year’s Day.

In some states bars stay open until 2 or 3 am, releasing intoxicated patrons out on the road. At the same time, private celebrations don’t necessarily end right at the stroke of midnight, leading to more drunk drivers on the road right as the New Year begins. If you think 2016 was a bad year, just imagine how you’ll feel facing a DUI charge, right out of the 2017 starting gate. For those with a car breathalyzer (ignition interlock), remember that your device doesn’t care about the day or time you’re driving, just that your breath alcohol concentration (BAC) is under the preset limit. Interlock violations happen just as easily on January 1 as they do any other day of the year.

The New Year signals a current of change in our lives, and that can start with making smart choice before the ball even drops. Have a safe ride home if you’ll be out and about, bidding farewell to 2016. Your choice as you end this year can make all the difference in your life, and in the lives of others on the road, on New Year’s day and in the months and years to come.