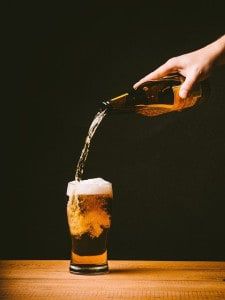 Even in a world that can seem crazy with lawsuits, it is a little comforting to know that if tragedy strikes, you have legal rights.  At least that is the case in West Virginia, when a loved one is injured or killed in the process of a DUI. 30 states in the U.S. have “Dram Shop Liability” laws that define the responsibility of a bar or restaurant when a DUI occurs and causes accident or injury to another. That also means that if you are working at a restaurant that keeps serving alcohol to an intoxicated patron, you could be held liable for any damages that person causes.

Each of those violations gives the injured person (or, surviving family members) the ability to sue the establishment and/or people that served alcohol to the DUI offender. They can recover damages in many cases, on top of the consequences of a DUI conviction, such as court costs and fines, a car breathalyzer or ignition interlock requirement and possible jail time.

We’re glad that West Virginia has dram shop laws, but at the end of the day, the person convicted of the incident is ultimately responsible for their behavior. Before the lawyers come out and people find themselves in a position to sue for damages, there are sure-fire ways to prevent second or subsequent DUIs. Dram shop liability laws focus on stopping a drunk driver before they can hurt others, one of the most effective first-offense DUI prevention methods known.